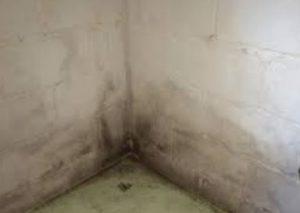 Mould is not a plant and not an animal.  Mould is a fungus with its own unique “lifestyle”.  Mould in our home or workplace is harmful and it is important to know what to do to get rid of it.

Green plants make their own food using carbon-dioxide from air and water through photosynthesis while producing oxygen.  The food sources for mould, however, are carbons extracted from material the mould lives on.

Mould infestations can have catastrophic consequences by weakening or destroying structural elements in buildings.

The destruction of materials is not all. While digesting its food, mould releases toxic compounds into the air.  This presents a health hazard to humans and pets living in mould infested houses.

And that is still not all. One mould colony can grow millions of spores to reproduce. When the tiny spores are airborne and dispersed throughout a building, they are inhaled by the people living in the building causing coughing, allergic reactions or asthma. People have become seriously ill from living in mouldy places. The smell alone can be unbearable.

Mould spores can be found anywhere. Spores need four ingredients to start growing: food (material containing carbons), humidity from water, oxygen from the air and moderate temperatures.
If all these ingredients are plentiful and available, spores will grow and start new mould colonies.  We cannot eliminate the air in buildings. Nor can we eliminate materials containing carbons.  We do not want to live in freezing temperatures.  We can only try to keep the moisture in materials low enough so that mould cannot develop.

How does mould grow?

Mould grows as tiny microorganisms on wood, gyprock rock and almost all building materials. The problem starts with a tiny spore, which can wait for years to find the right conditions to grow.

Once the spore develops into fungi, the fungi occupy 4 levels:

– Penetrates through and under the surface into the substrate looking for food.

– Develops an ever-extending web creeping along the surface as long as favourable conditions exist.

– Spore-producing extensions grow vertically up. The ends swell and spores are produced.

– When the spores are ready, they are airborne by the millions and dispersed in the surrounding air. The slightest drift can carry the spores far away in a short time, where they will start growing a new colony if conditions allow.

Not all fungi are as unwanted as mould. Some are great decomposers, where decomposition is wanted. For example, when trees are dead and slowly turned to earth. Antibiotics such as Penicillin are fungi. Their development has been a blessing for people. Even in our food, we welcome the distinctive taste of the yeast-fungi when brewing or baking.

Mould is harmful. Here is what you can do

If you have a mould problem, it is important to treat your premises as quickly and as thoroughly as possible.  Experts in mould remediation should use products that do not just hide or disguise the mould, but should truely destroy it.  Ask them what techniques they will use to get rid of the mould at your place.

Read more about how to get rid of mould here.